A blue shark is pulled along side the Spanish longliner Herdusa no1 Vigo, 28th September 2012, High seas, South West Indian Ocean. Greenpeace ship, Rainbow Warrior, is on an expedition in the Indian Ocean to expose overfishing and to highlight the problems associated with excessive tuna fishing, unsustainable or illegal fishing practices, the lack of law enforcement, and the need for countries to cooperate and ensure that communities benefit from the wealth of their oceans in future. Photo: Paul Hilton / Greenpeace Over 100 million sharks are killed each year for the fin trade. Hong Kong, Singapore and China are the biggest consumers of shark fin globally. Indonesia is the biggest exported of shark fins annually. Photo: Paul Hilton for Earth Tree Images 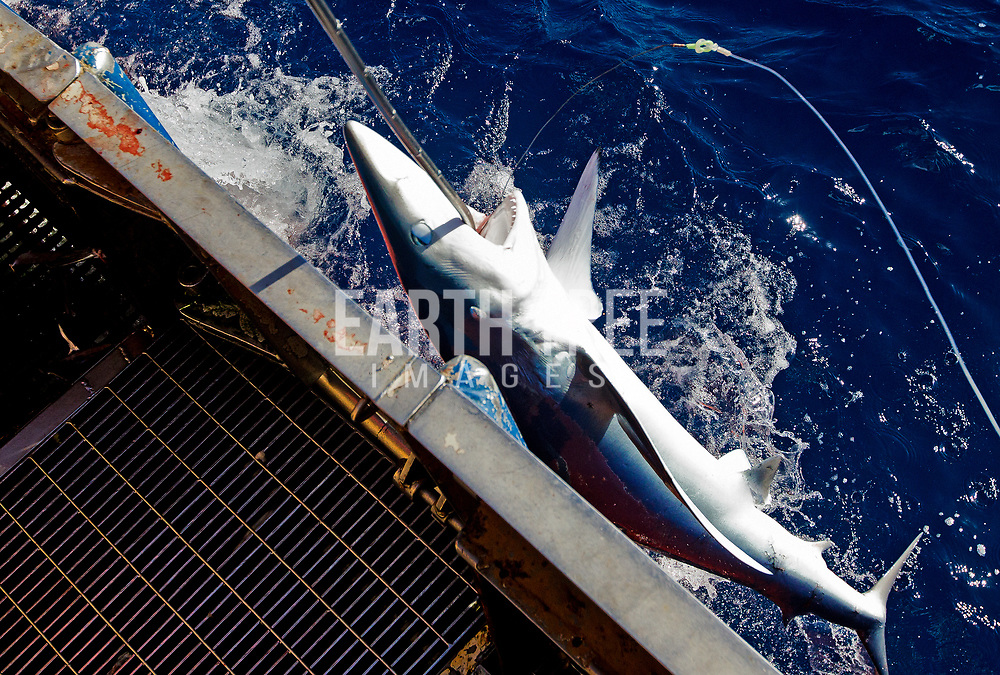