Shark fins found in the freezer of the Shuen De Ching No.888. In total there were sacks containing 75 kilograms of shark fins from at least 42 sharks. Under Taiwanese law and Pacific fishing rules, shark fins may not exceed 5% of the weight of the shark catch, and with only three shark carcasses reported in the log book, the vessel was in clear violation of both. The Rainbow Warrior travels in the Pacific to expose out of control tuna fisheries. Tuna fishing has been linked to shark finning, overfishing and human rights abuses. Photo: Paul Hilton / Greenpeace Over 100 million sharks are killed each year for the fin trade. Hong Kong, Singapore and China are the biggest consumers of shark fin globally. Indonesia is the biggest exported of shark fins annually. Photo: Paul Hilton for Earth Tree Images 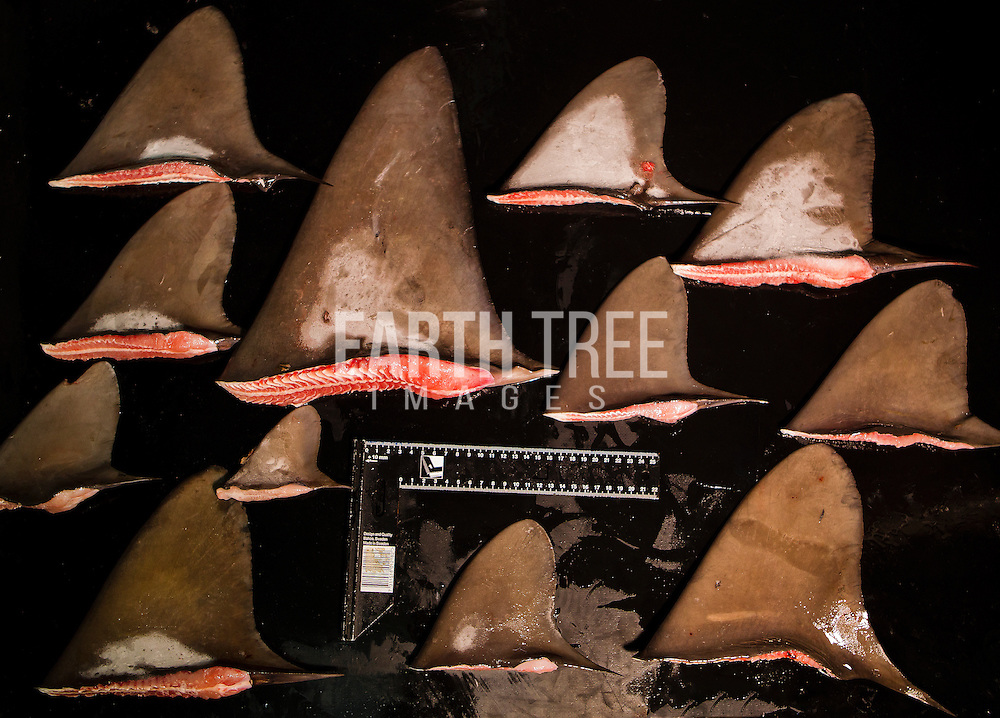