A man organises his dried shark fins in Hong Kong, China, 22nd June 2007. The world's rising demand for shark fin soup is killing as many as 73 million sharks a year. The figure is three times higher than the official catch number reported to the United Nations and raises concern that the trade is having devastating impact on our oceans and shark species worldwide. Over 100 million sharks are killed each year for the fin trade. Hong Kong, Singapore and China are the biggest consumers of shark fin globally. Indonesia is the biggest exported of shark fins annually. Photo: Paul Hilton for Earth Tree Images 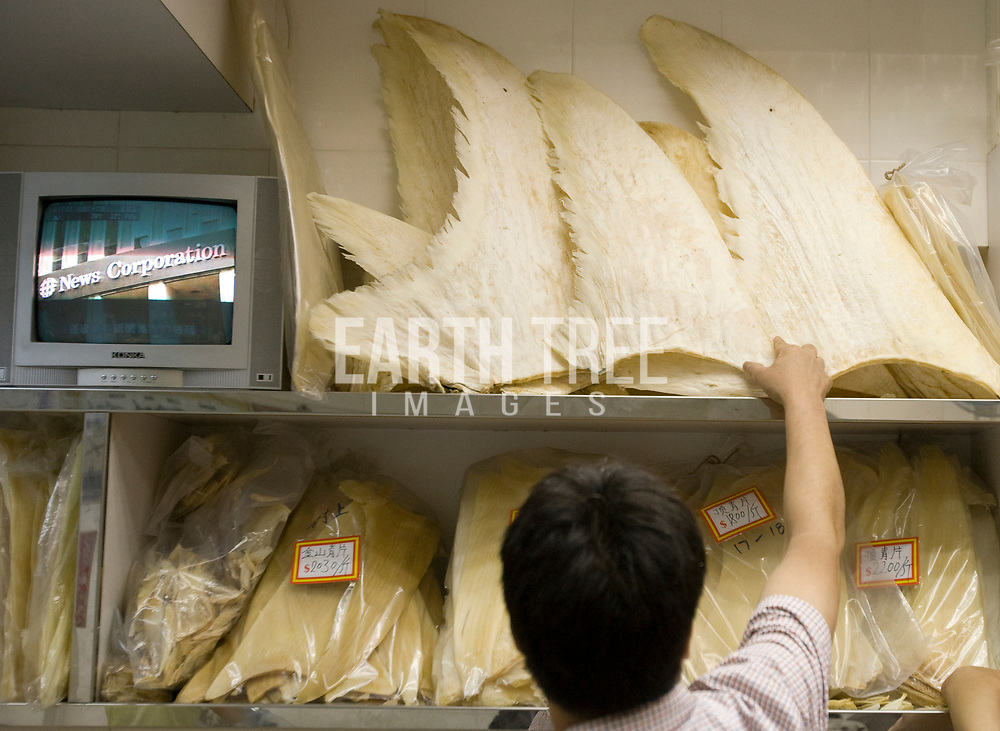