A crew member prepares to release juvenile blue sharks on board the Japanese longliner, Fukuseki Maru No 27, 13th September 2012. Fishing vessels that have the rights to fish in the Mozambican water are required to not have on board fins that total more than 5% of the weight of sharks onboard. Also all species of ( Family Alopiidae ) thresher sharks are prohibited to brought onboard. The unregulated plunder of the Indian Ocean is a crisis Greenpeace is exploring. Greenpeace's ship, the Rainbow Warrior, is on a mission in the Indian Ocean to expose overfishing and to highlight the problems associated with excessive tuna fishing, unsustainable or illegal fishing practices, the lack of law enforcement, and the need for countries to cooperate and ensure that communities benefit from the wealth of their oceans in future. From 7 to 23 of September the Rainbow Warrior is sailing in Mozambican waters with fisheries enforcement officials on board in order to carry out joint surveillance and expose cases of illegal fishery. Photo: Paul Hilton / Greenpeace Over 100 million sharks are killed each year for the fin trade. Hong Kong, Singapore and China are the biggest consumers of shark fin globally. Indonesia is the biggest exported of shark fins annually. Photo: Paul Hilton for Earth Tree Images 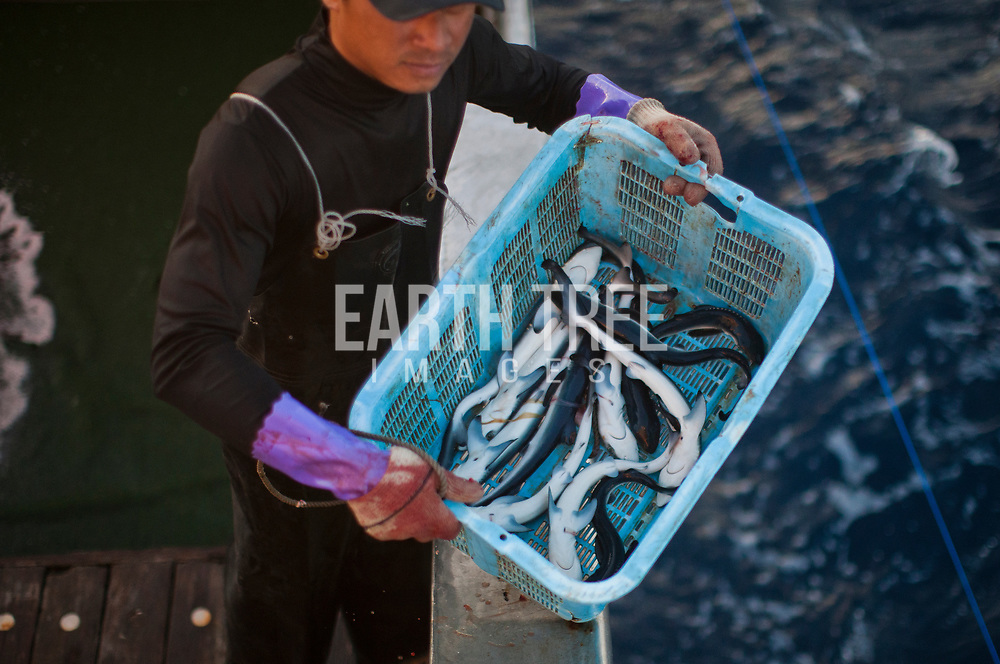