The Asian palm civet (Paradoxurus hermaphroditus) is a small viverrid native to South and Southeast Asia. Since 2008, it is IUCN Red Listed as Least Concern as it is tolerant of a broad range of habitats. It is widely distributed with large populations that in 2008 were thought unlikely to be declining. In 2012, it was suggested that recent increases in capturing the animals for Kopi Luwak (Civet Coffee) production may constitute a significant threat to wild palm civet populations. Photo: Paul Hilton for RAN A Civet cat is pictured in Indonesia. Sadly these animals have been targeted for the the exotic coffee trade. Caged and force fed coffee beans, locally called "Luwak Coffee" Photo: Paul Hilton for RAN 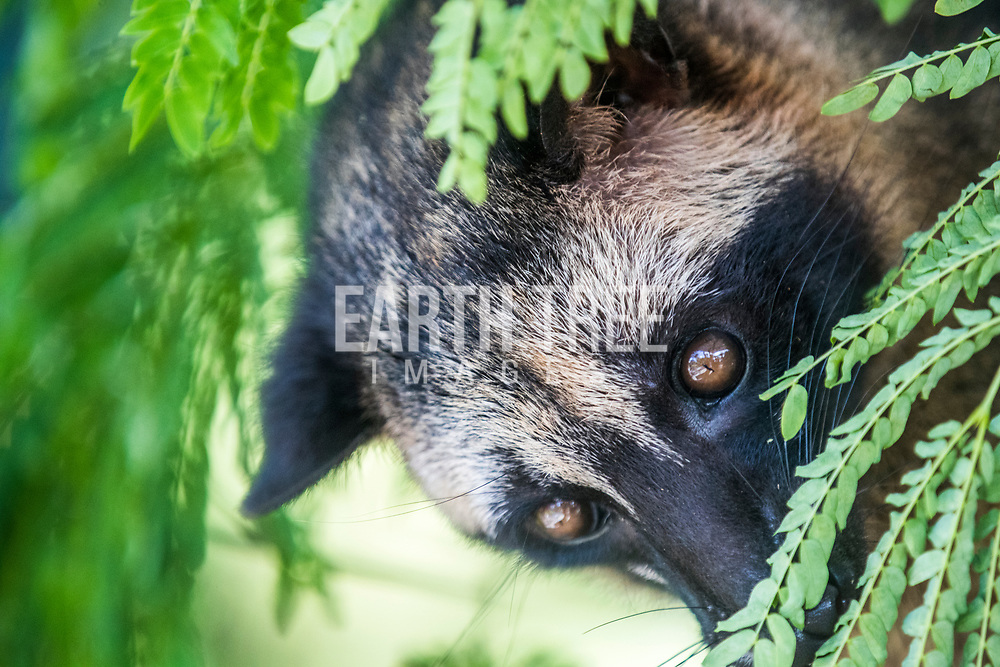