The Malayan tapir is the largest of the four species of tapir, and it’s the only one located in Asia. They are also the largest of the tapir species, weighing in at around 350 kg (720 pounds) and growing 1.8 meters long (6 feet). These tapirs are easily recognizable by their coloration; they have a large white patch around their middles, and black heads and hind quarters. Malayan Tapirs are found from southern Thailand and southern Myanmar (Burma) through the Malayan Peninsula, as well as on the Indonesian island of Sumatra. Their habitat is rainforests and lower montane forests. Habitat destruction and fragmentation is the primary threat. Large scale deforestation, including illegal logging for timber, is a major source of habitat loss. The growth of palm oil plantations is also a major factor in habitat loss. Hunting is also on the rise as other large “prey” species in the area are reduced in number. Population Estimate (2008): 1500-2000 individuals. Numbers are decreasing. Photo: Paul Hilton for Earth Tree 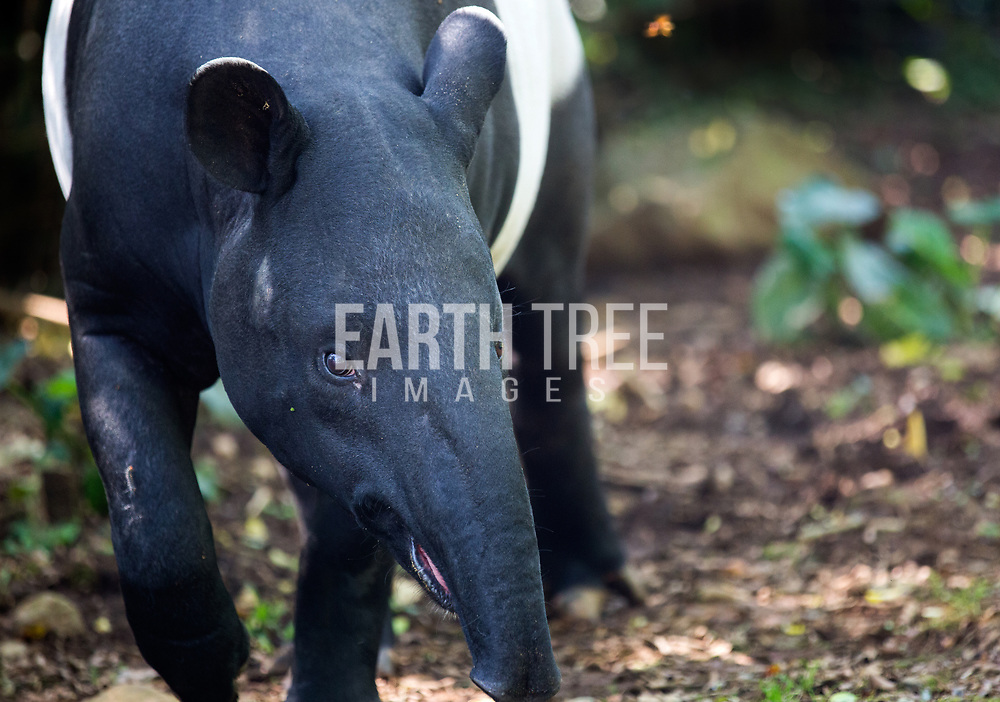