Tiger skin is destroyed at a police station in Banda Aceh

Tiger skin is destroyed at a police station in Banda Aceh, Sumatra, Indonesia after several busts of wildlife crime syndicates that had been operating in and around the Leuser Ecosystem, the last place on earth where tigers, rhinos, elephants, and orangutans still coexist under the same canopy. The syndicates have trade routes, spanning the globe and as illegal palm oil expansion moves into the last remaining blocks of forest allowing poachers easy access to some of the last iconic species. Photo: Paul Hilton Wildlife contraband is burnt in Medan, Indonesia. The black market for illegal wildlife trade is considered the biggest threat to many endangered species. Although it is controlled by laws created by member countries of the Convention on International Trade in Endangered Species, illegal trade continues. And many species are now being pushed ever closer to extinction to satisfy huge demand for such things as medicines, collectables, pets and clothing. Photo: Paul Hilton for Earth Tree 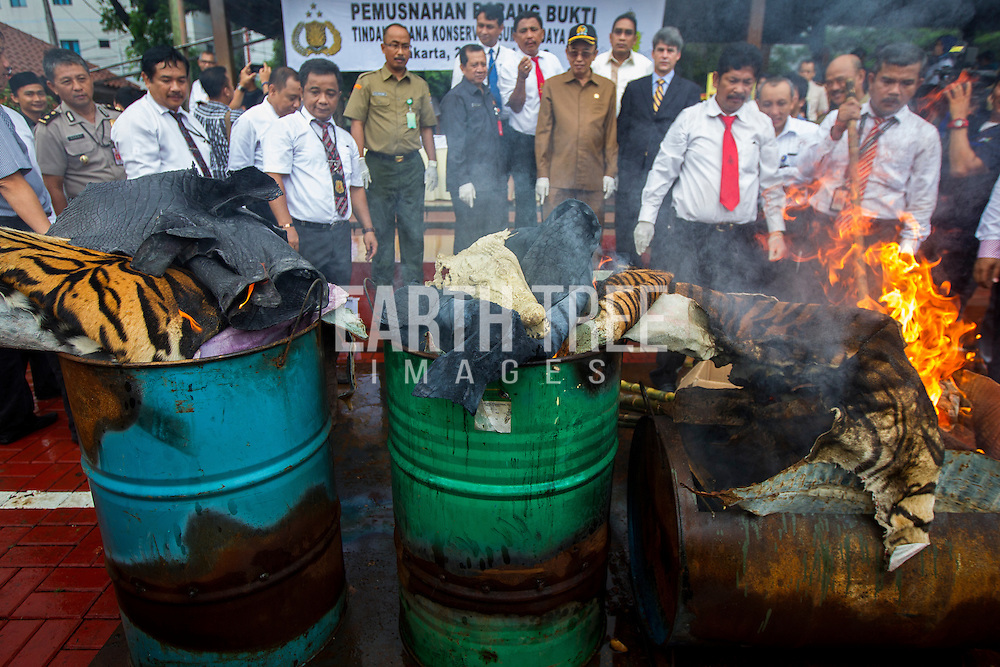